After a walk through the Bosphorus, I looked at Eminonu square. 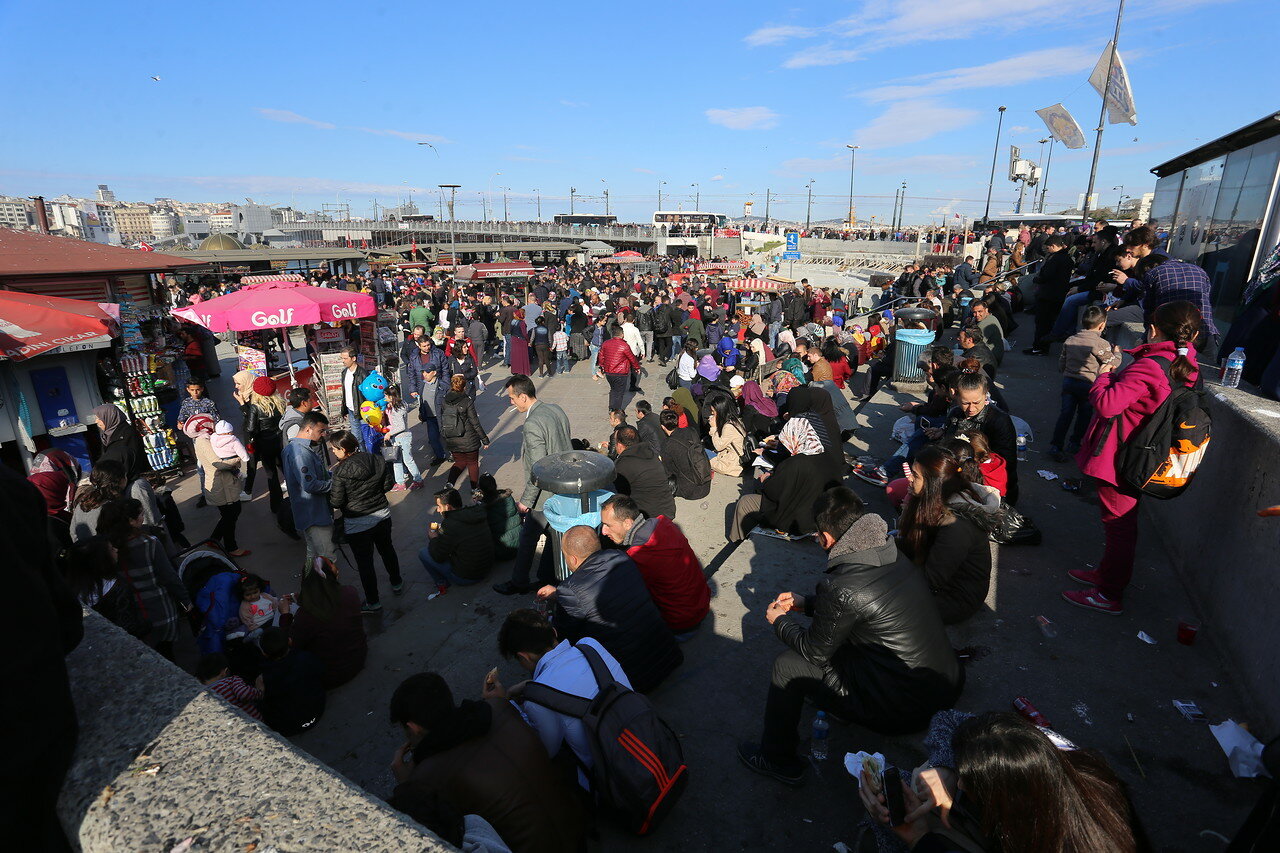 Several times passed and passed by the tram, and always-and early in the morning, and late in the evening watched in this place Babylonian pandemonium. 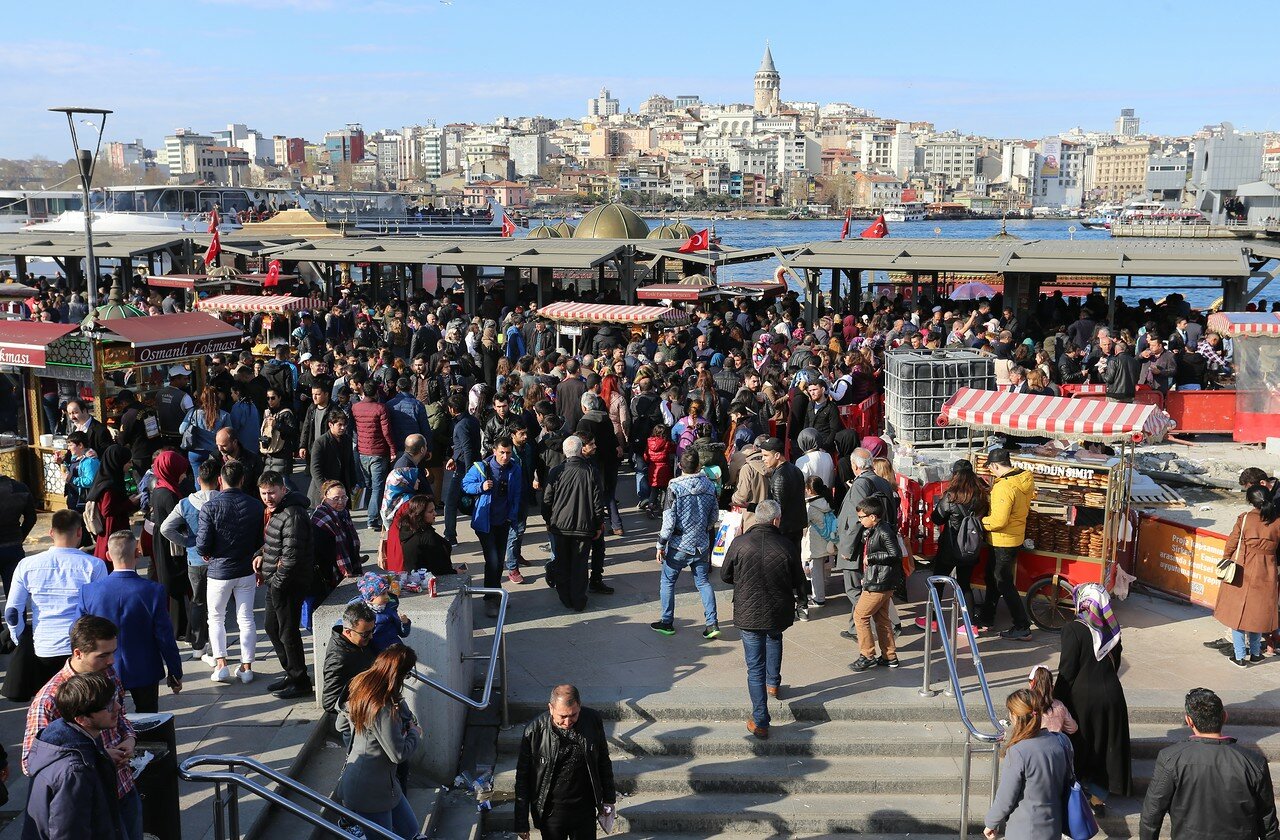 The solution turned out to be simple - it is a huge fast food point, probably the largest in Istanbul. Here converge routes ferries, buses and trams, and many of their passengers use a transplant to satisfy hunger. 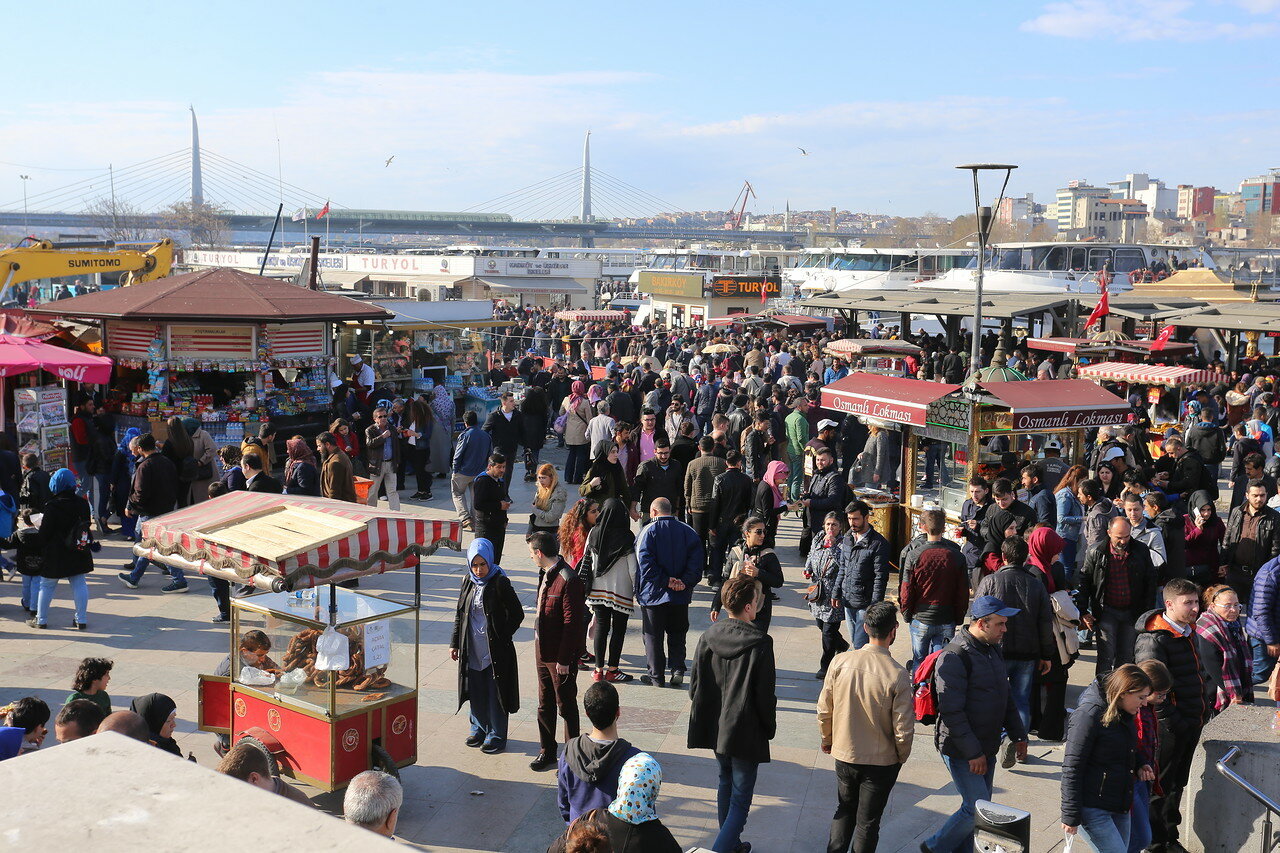 The food is prepared on several floating kitchens, 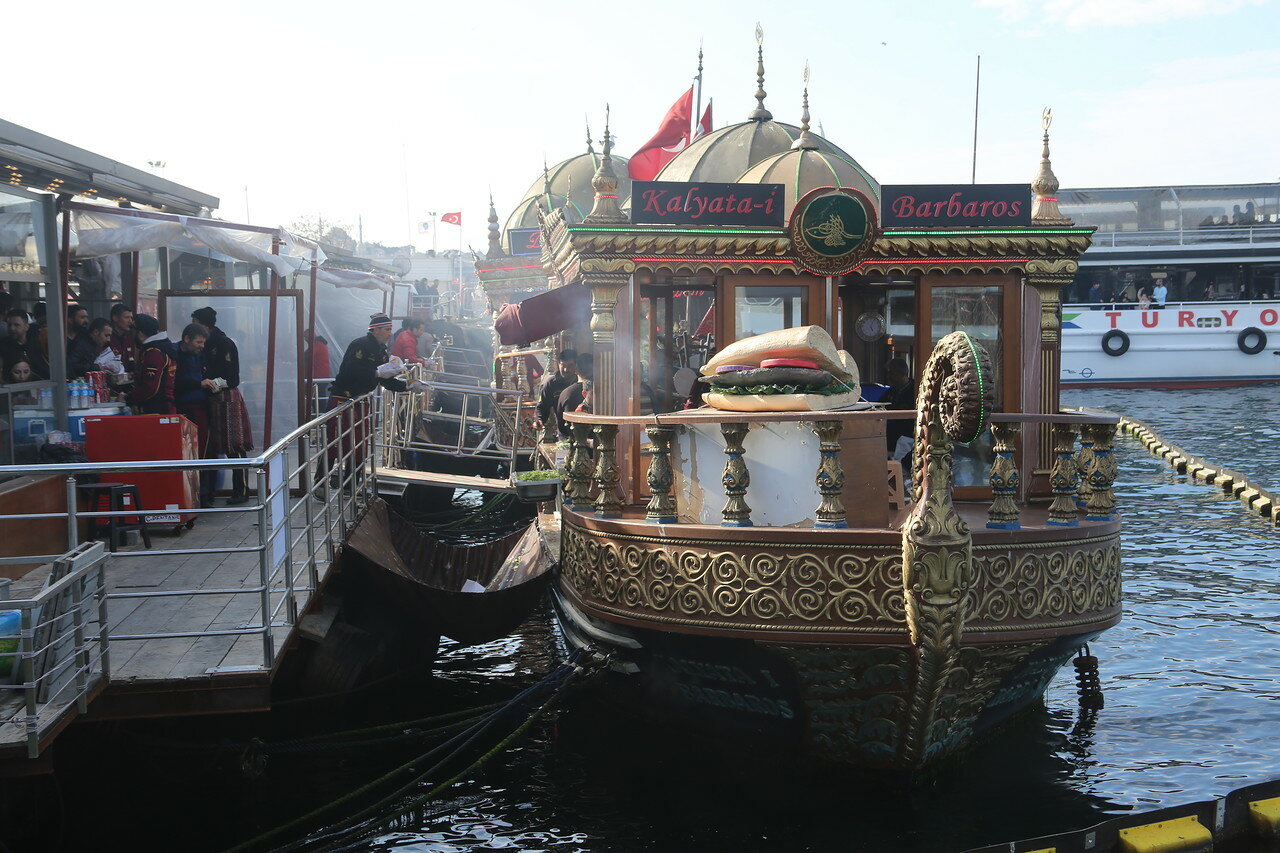 which are stylized as Sultan's galleys. 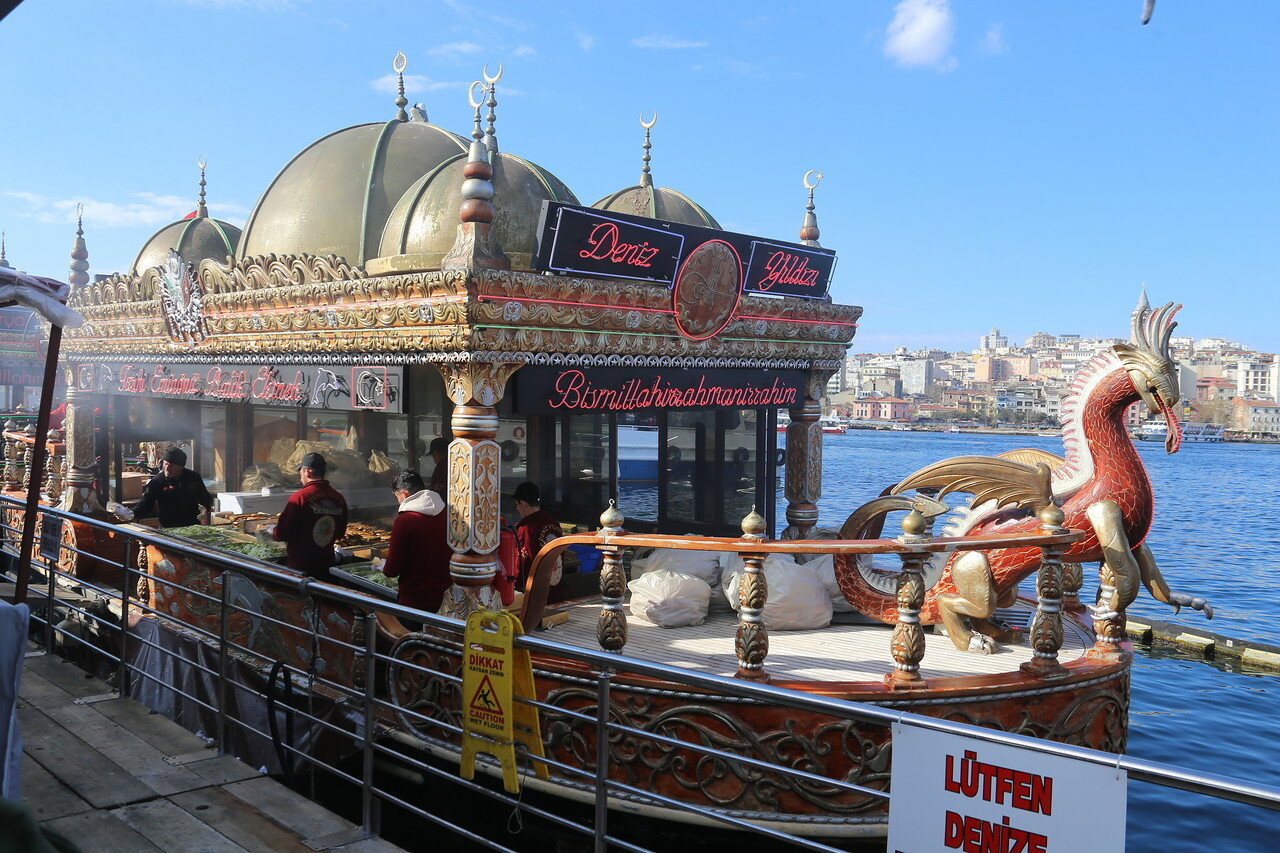 The premises of the kitchens are very small, and it's amazing how they manage to feed such a breach of the suffering. 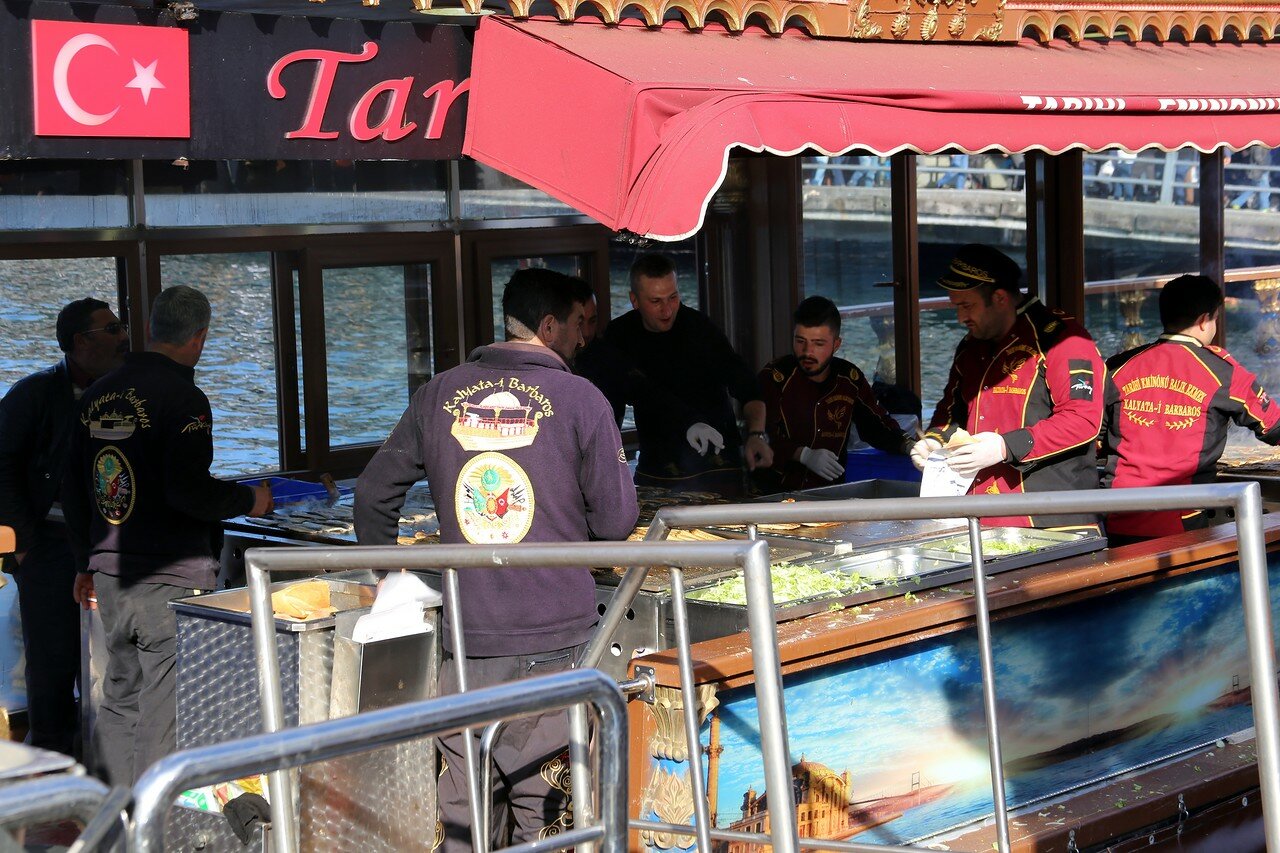 Although no fuss, not much, no one runs here and there. 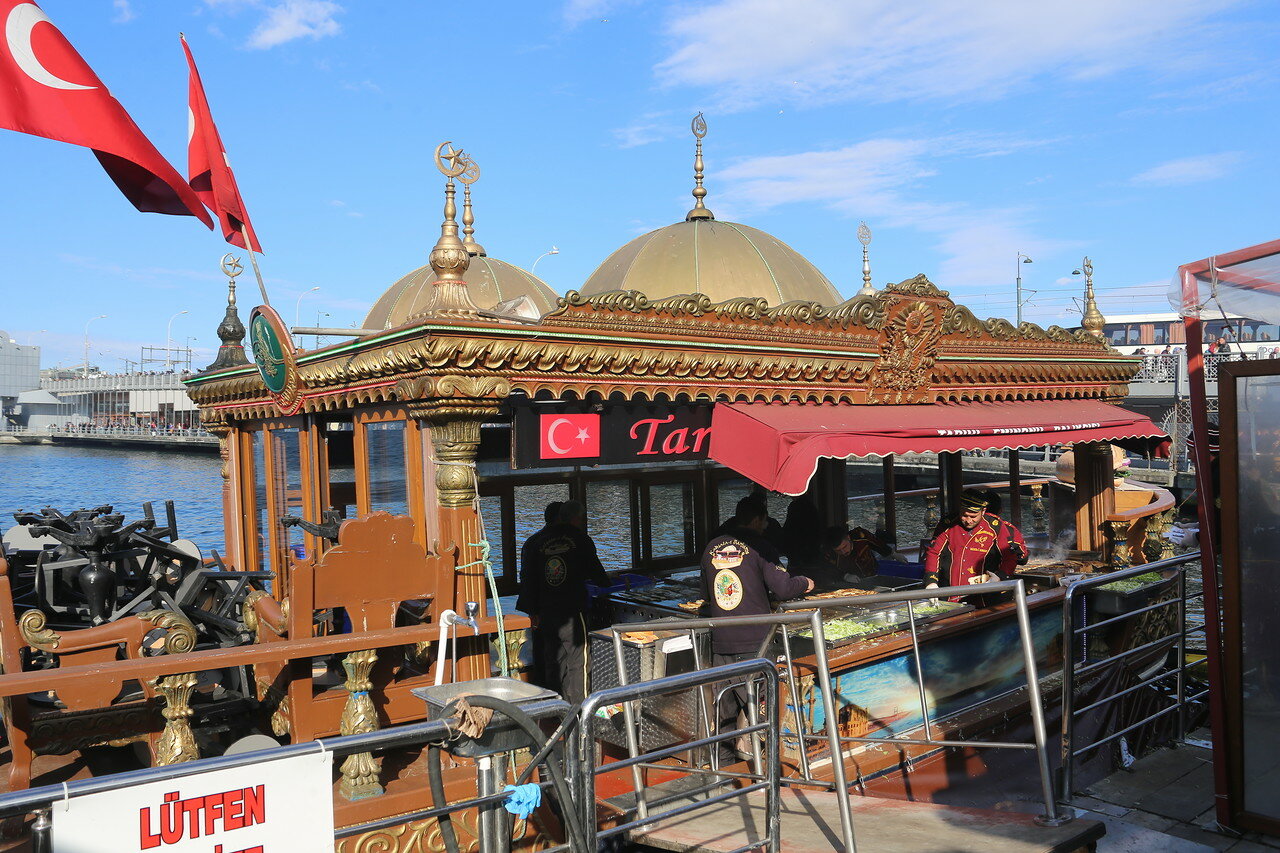 However, the turn to the distribution moves almost at the speed of an ordinary pedestrian. 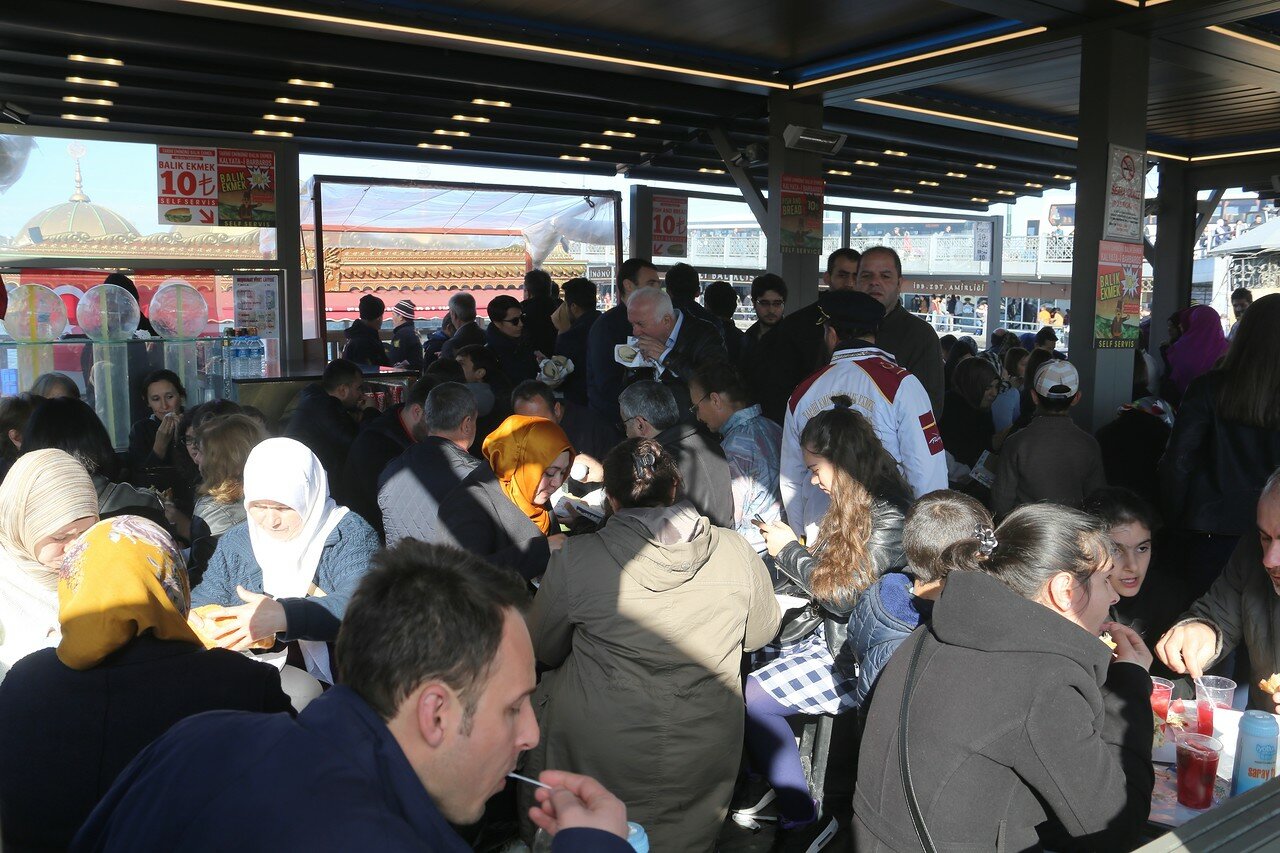 As a drink is offered "Shalgam" (the inscription on the glass tray Soguk salgam suyu - "cold juice turnips") - sour dark red liquid obtained by cooking turnips and carrots with vinegar, pepper and spices. 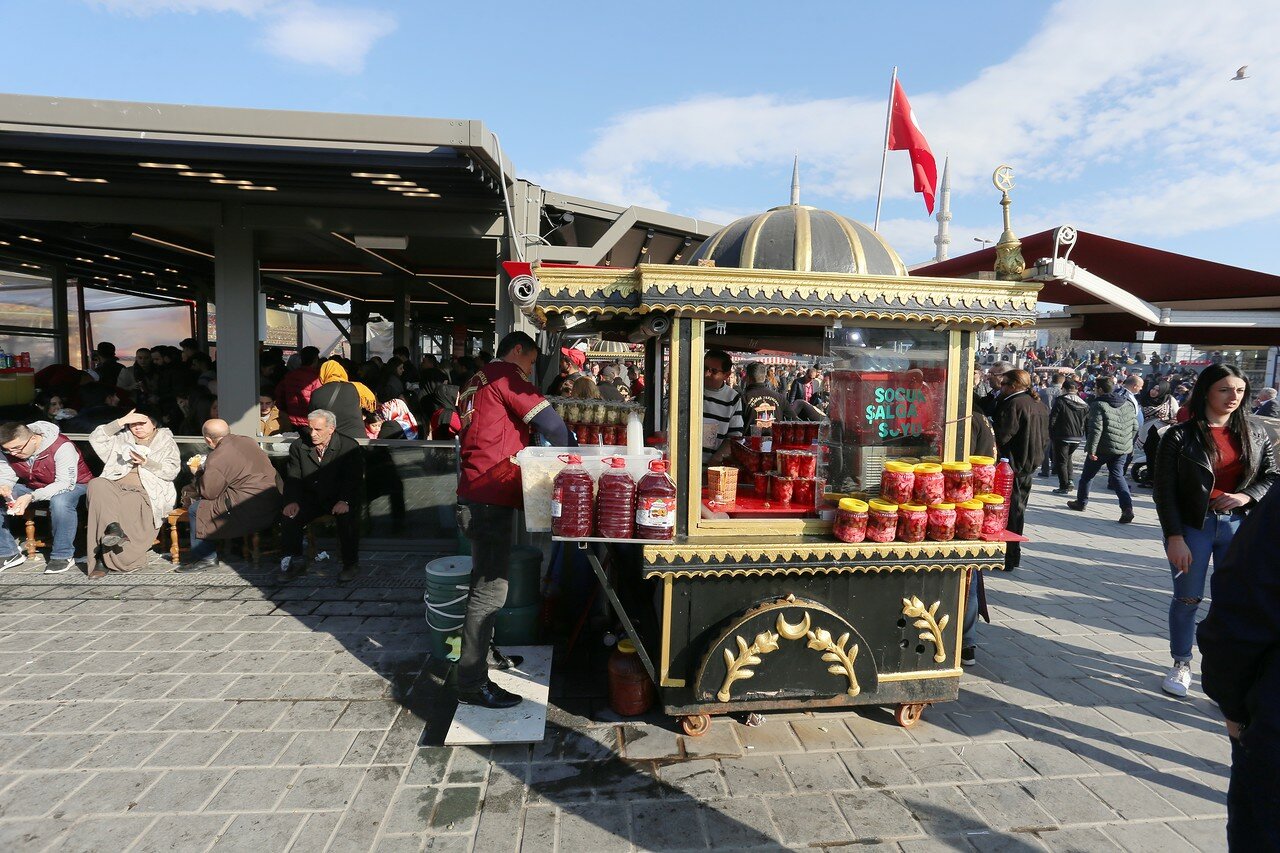 Although I some time are wary of the exotic food but the enticing smells still won and forced me to get in line. 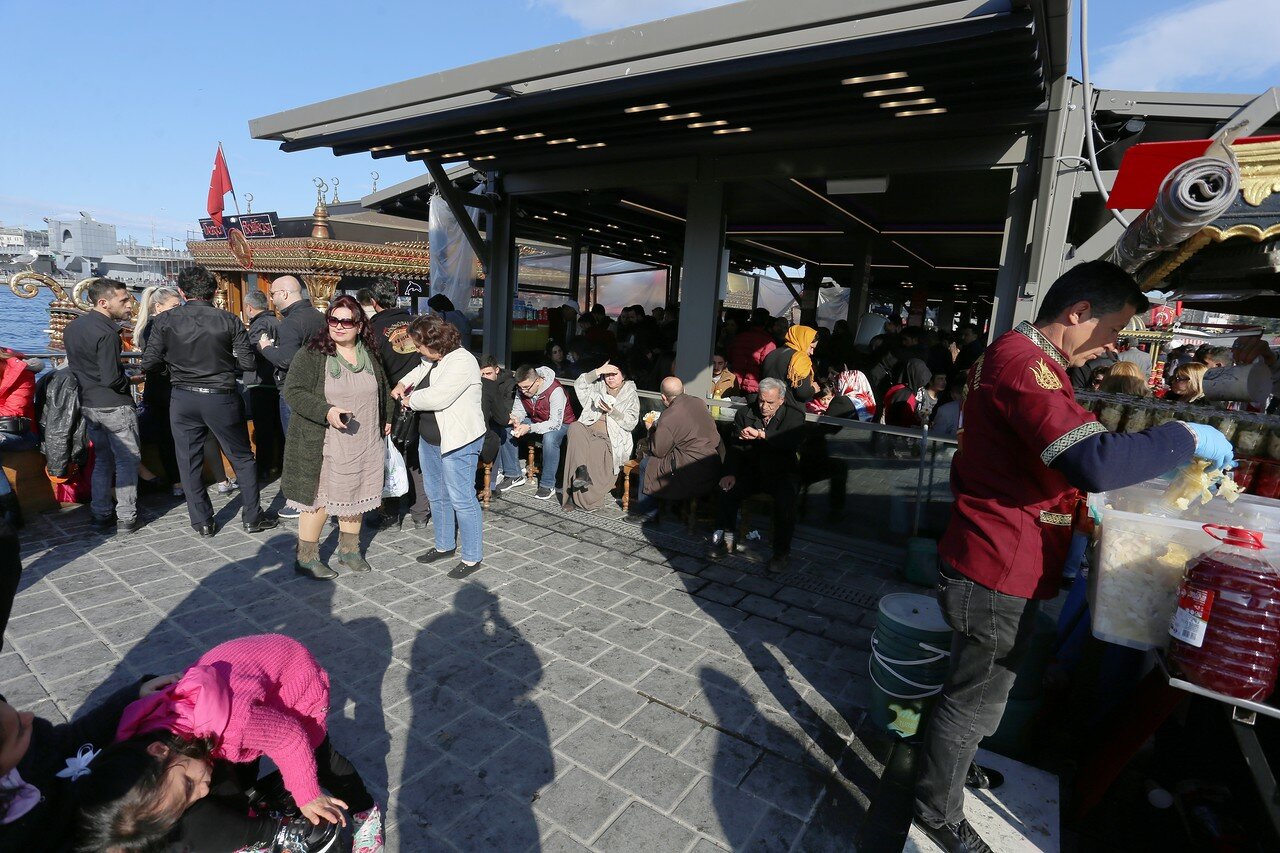 Having received for 10 liras "Balyk Ekmek "(literally "fish bread"), which included a soft bun, a piece of fish fillet, grilled and greens, 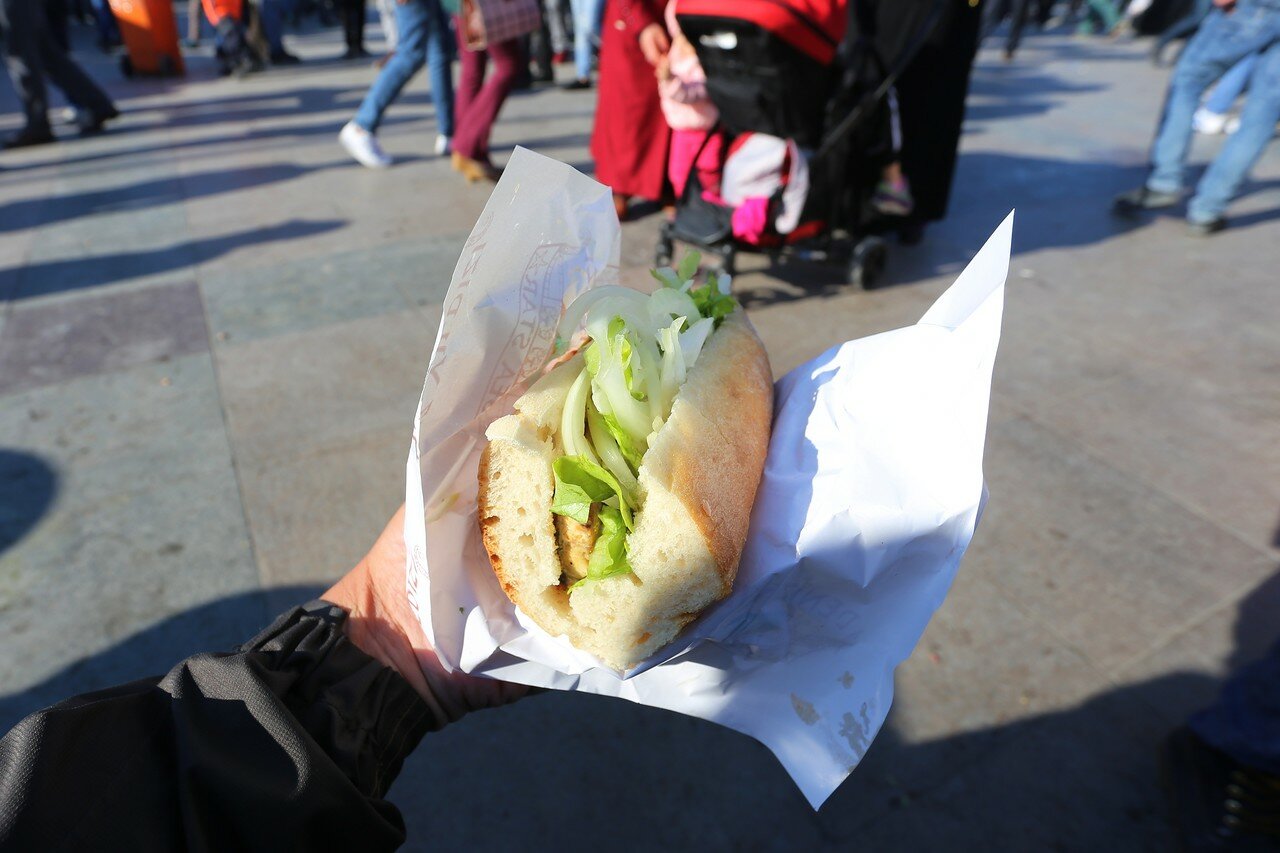 I went to find myself a sitting place on the steps of the square, which were filled with chewing audience. 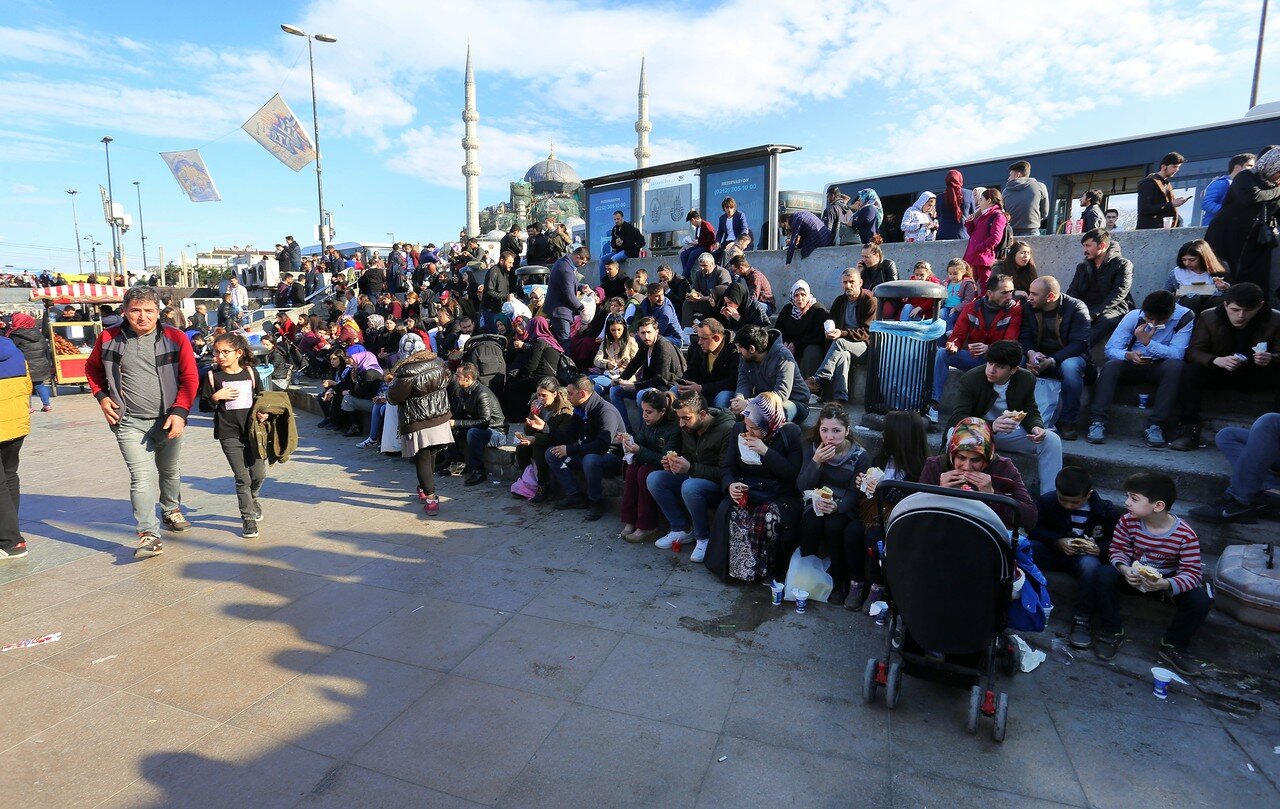 Located on the upper tier, you can enjoy your meal while admiring the panorama of the lower part of The Golden horn Bay,

And Galata quarter with the tower of the same name. 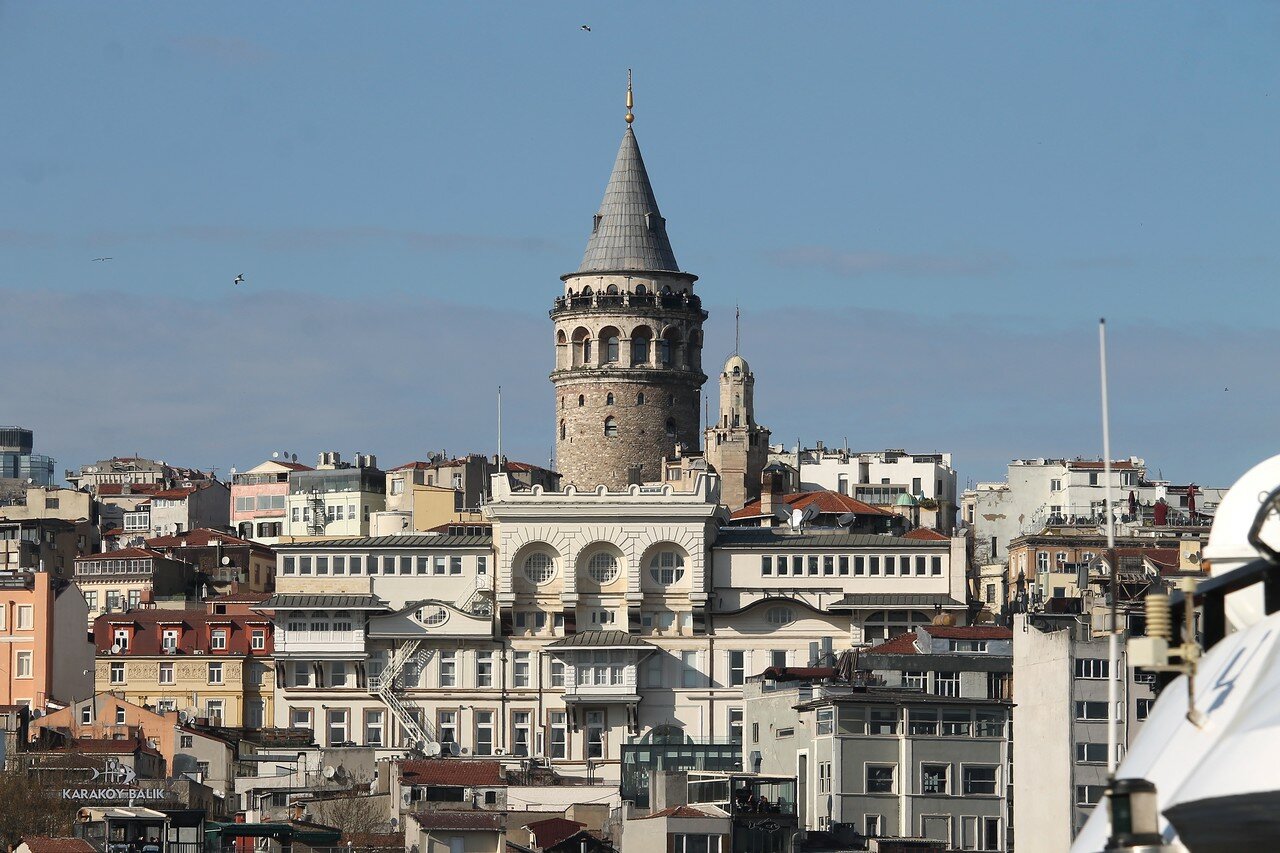 In conclusion, I will add that not without pleasure swallowing this dish, I felt that in the dinner is no longer needed, and did not remember about eating until late in the evening.