A public drinking spring in front of the main gate of Gulhane Park (map) was built by Sultan Abdul Hamid I in 1775 in the Bahçekapı quarter, next to the Hamidiye mosque, from which it got its name. However, during the expansion of the street in 1777, the fountain was removed and moved to The Sultan Zeynep mosque. 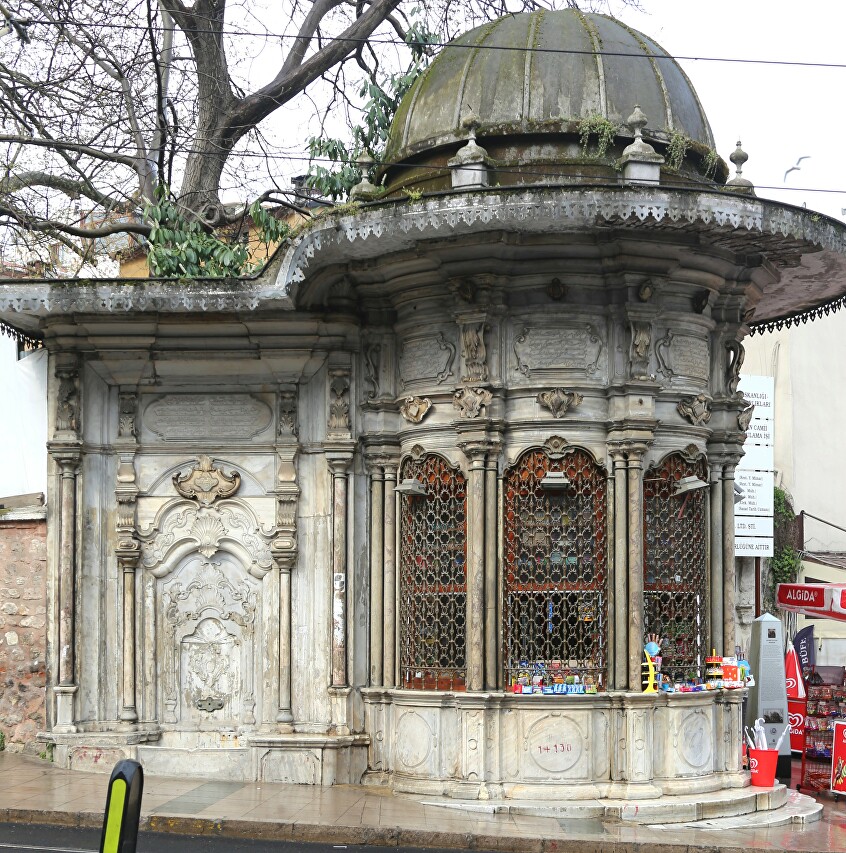 The building is decorated with columns and bas-reliefs in the Baroque style. 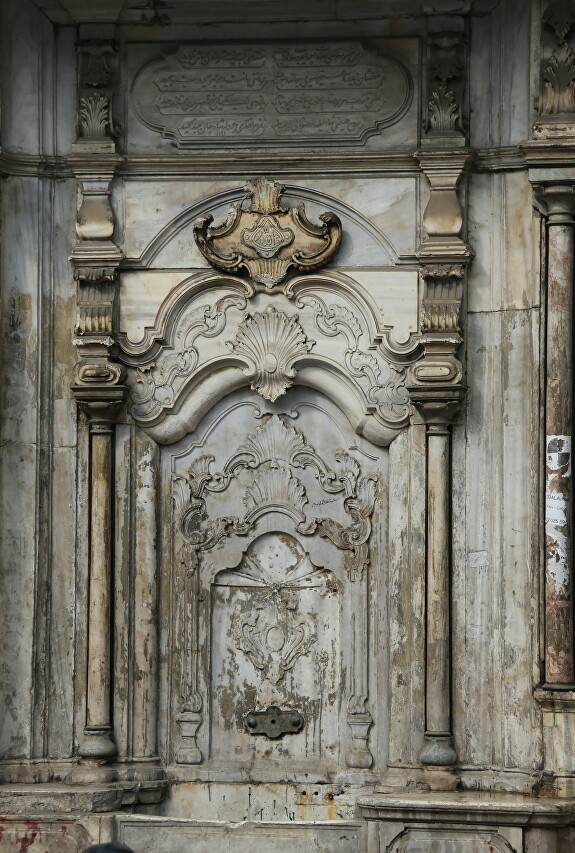 In the upper part there are three-dimensional decorations that imitate vegetation and quotes from the Koran on the panels. The kiosk's large Windows are covered with patterned bars. 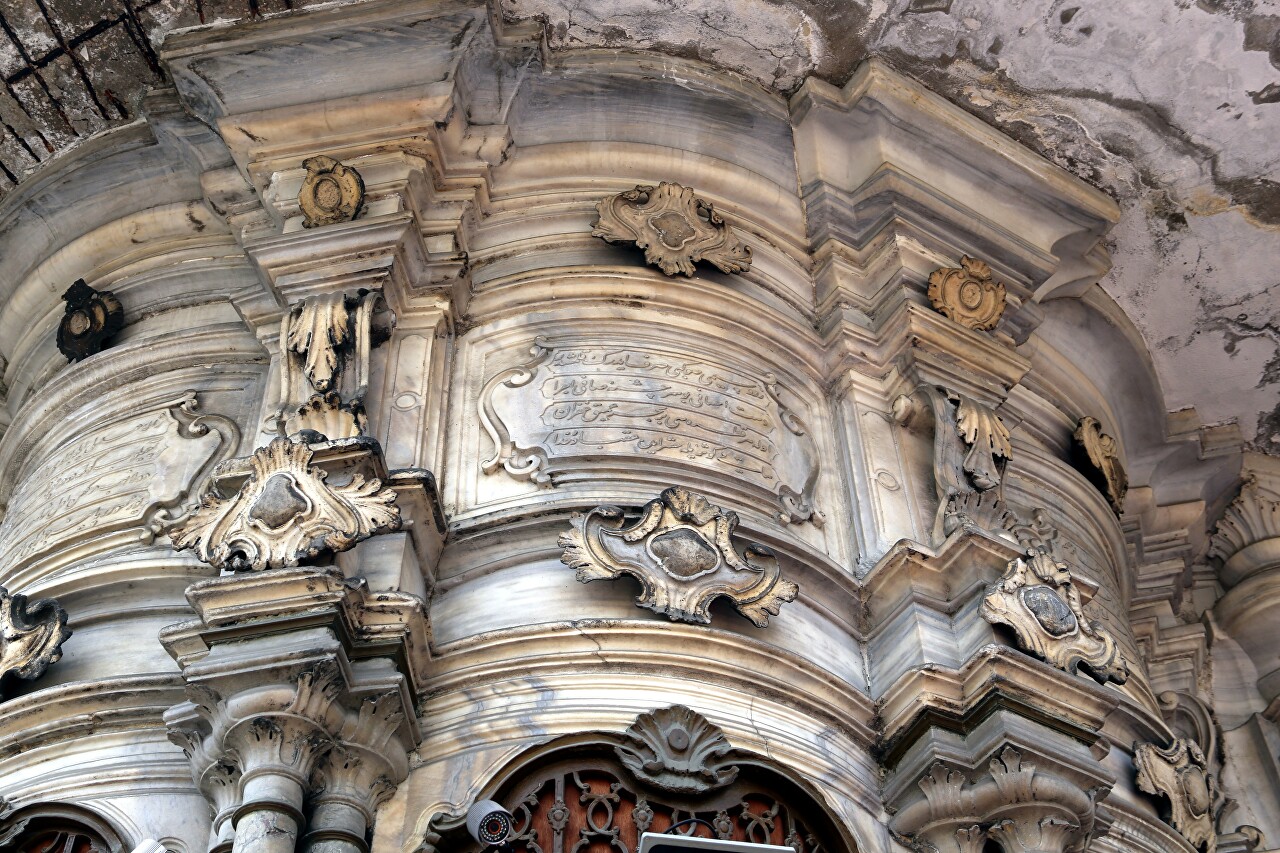 Now there is no water in the source. You can only quench your thirst for money at a kiosk. However, it is quite inexpensive and at any time of the day or night. In any case I never saw it closed even after midnight. 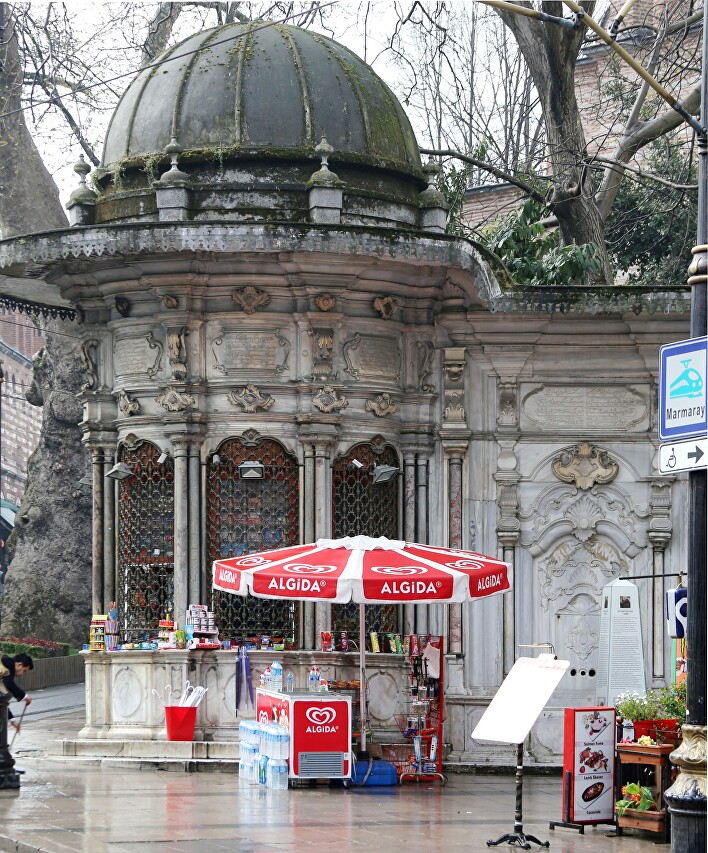