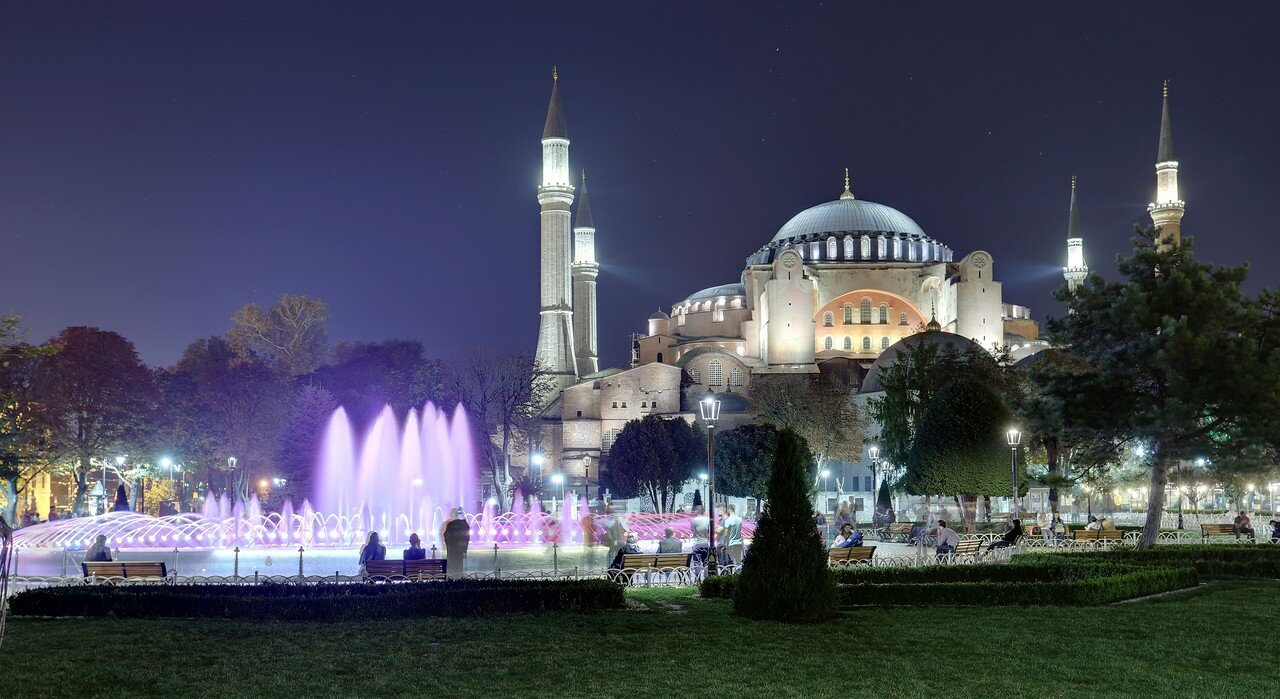 The fountain in the center of the square, about which there is absolutely no information, even in Turkish. 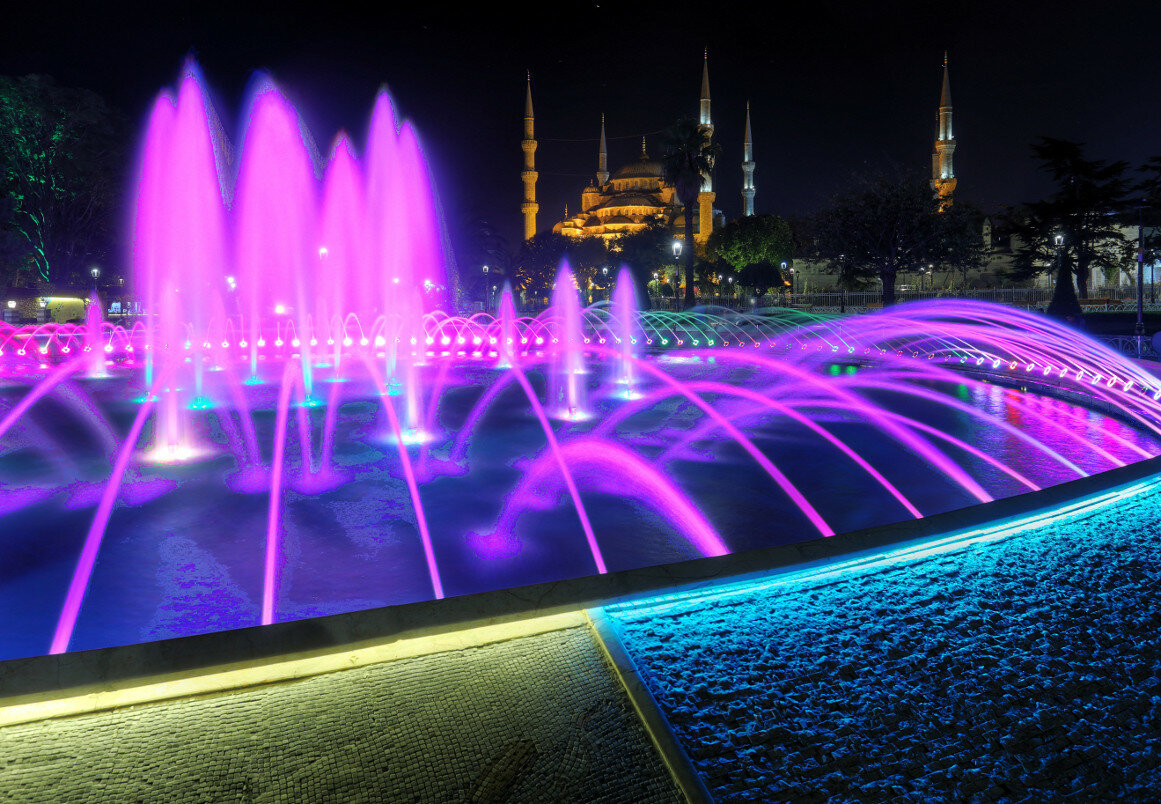 Aya Sofia (on the left) and Baths of Roxselana. 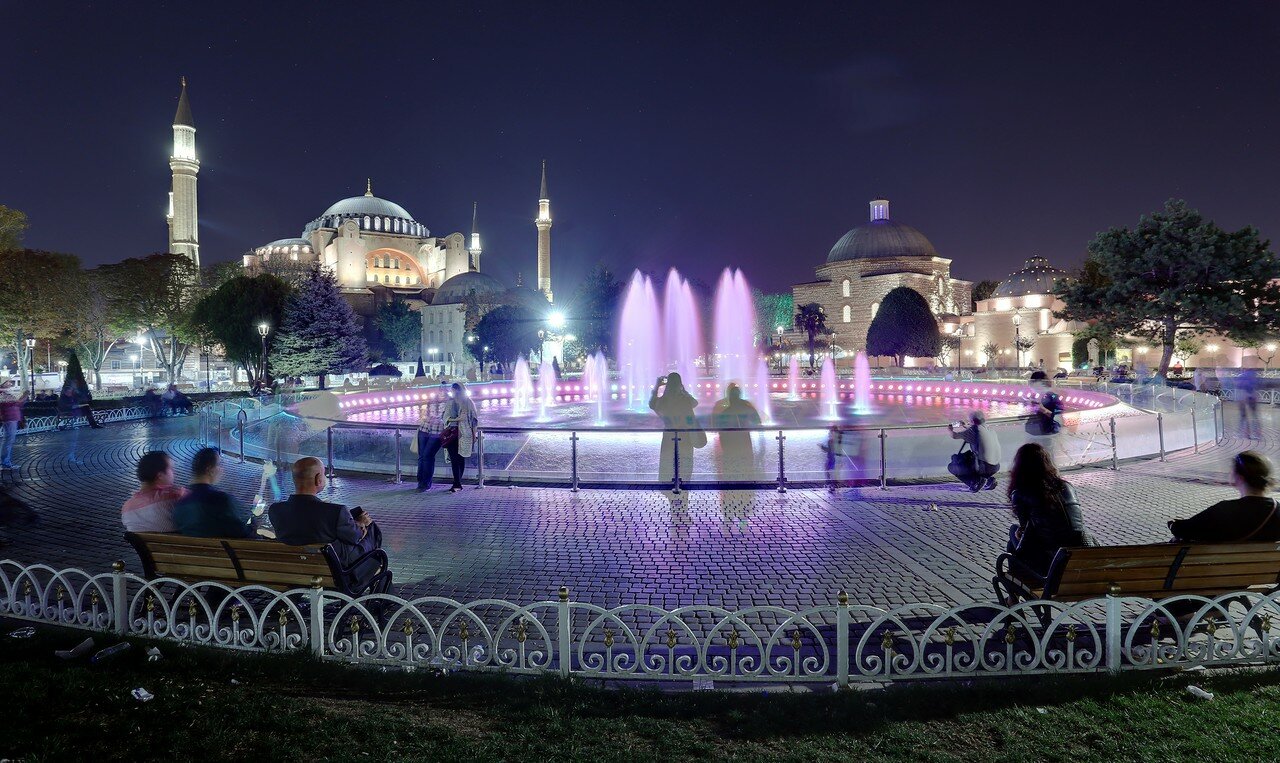 At night the illuminated building has really bluish tint, while during the day the temple does not confirm  the popular name "Blue mosque". 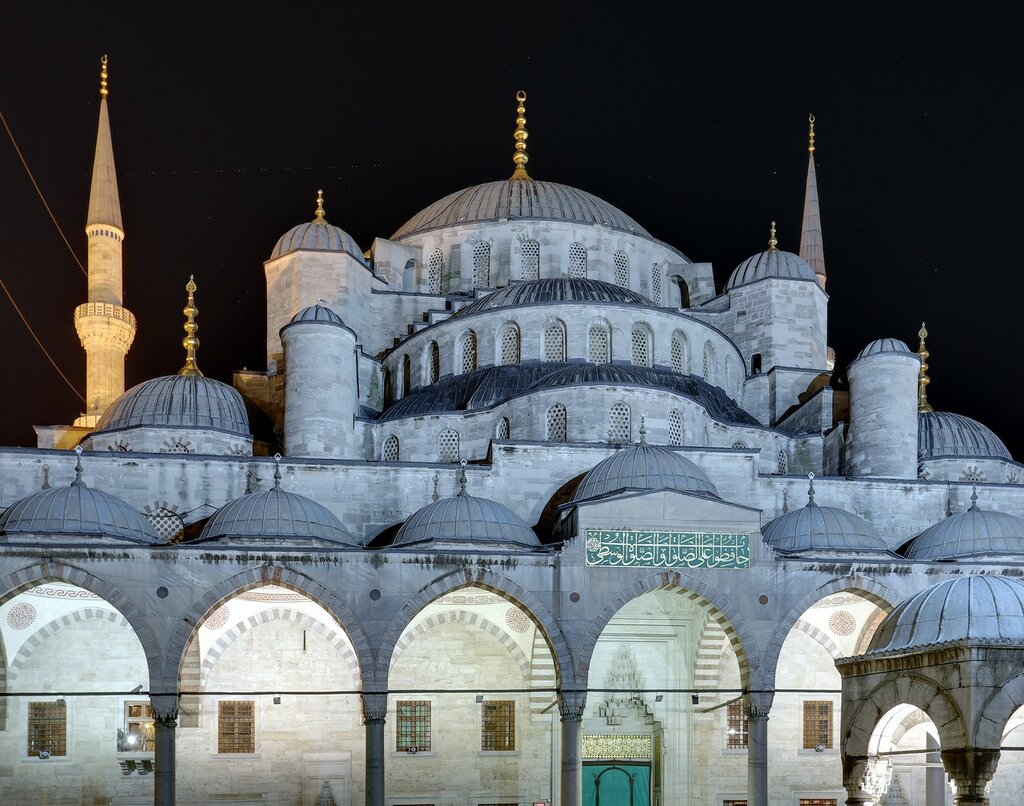 The main gate of the Sultanahmet mosque. 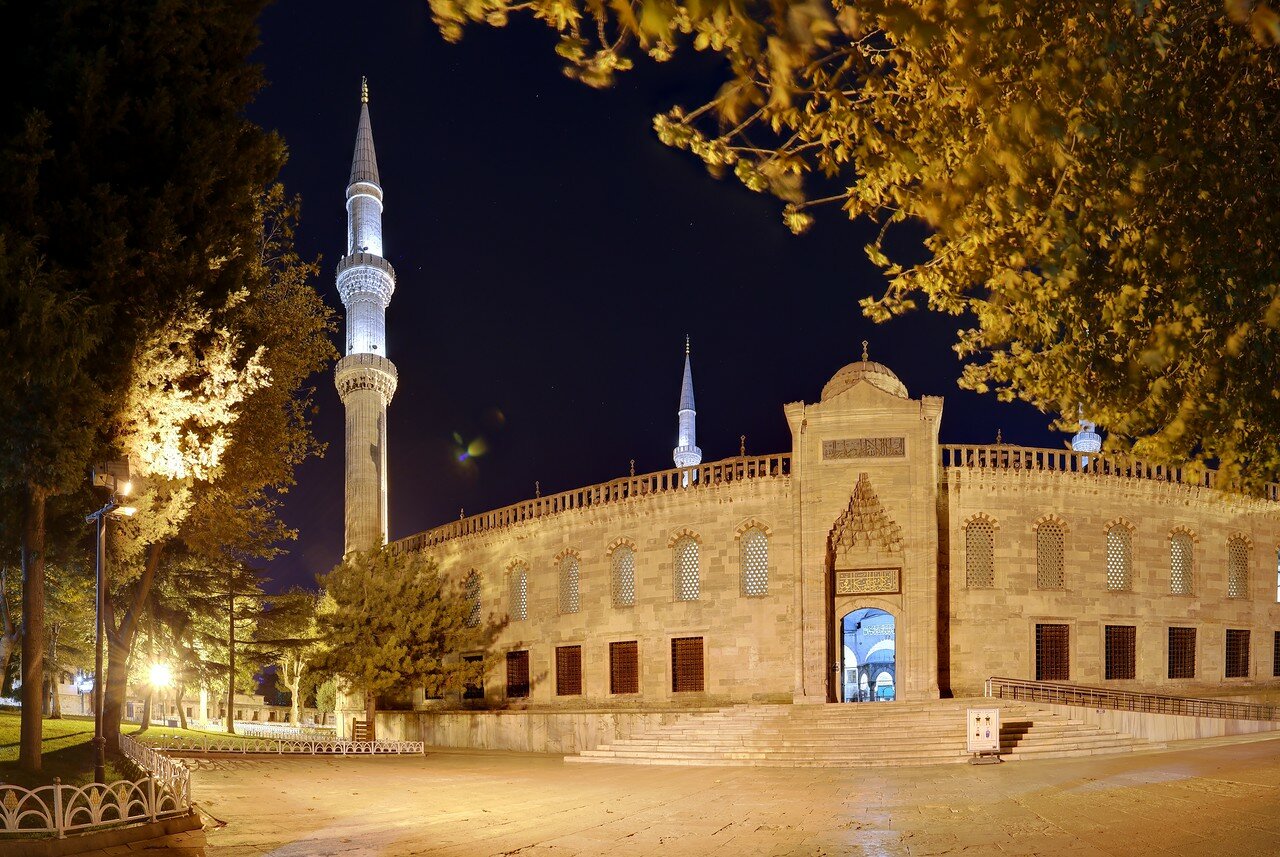 The Hippodrome sqare (At Meydanı), here since ancient times has been preserved of the Egyptian obelisks and the bronze Serpentine column.. 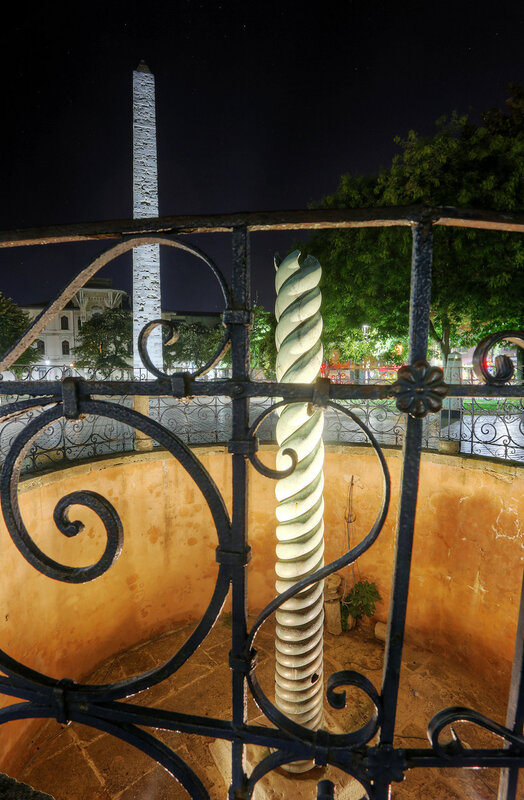 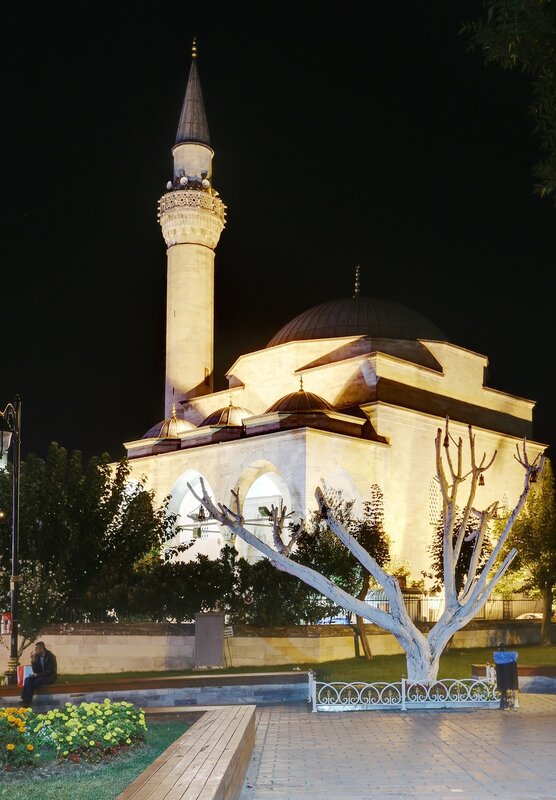 Rounding Sophia left, I went to the Fountain of Ahmed III (III. Ahmet Çeşmesi, 1728г.), it is a masterpiece of Ottoman Rococo. Here was absolutely deserted, but the square and the streets around the fountain were drowned in the darkness. 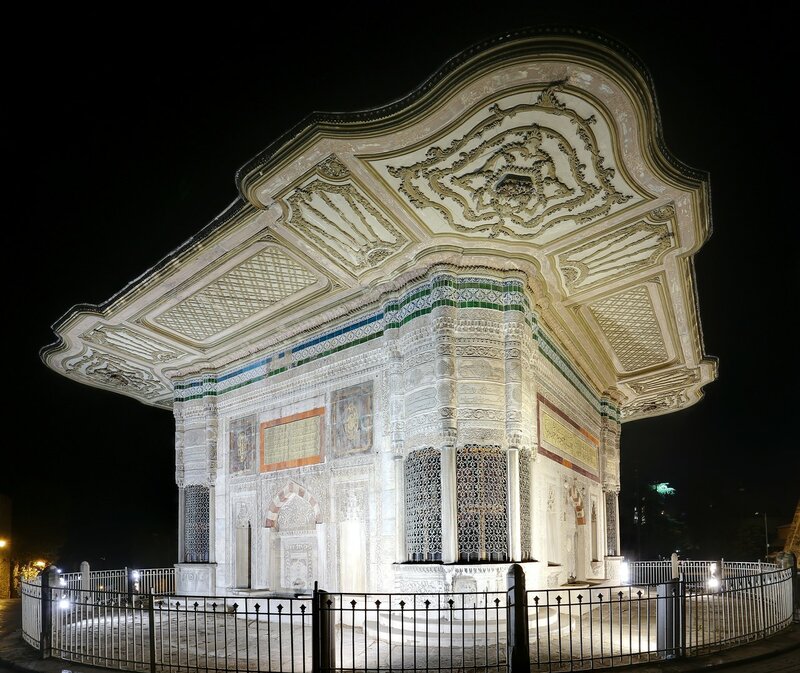